View cart “Essays on Life on Planet Earth” has been added to your cart.

From Paul to Mark: PaleoChristianity

In this groundbreaking study, Laura Knight-Jadczyk strips away centuries of assumptions and dogma to reexamine the fundamentals of what we can truly know of the early Christians, how we know it, and how that changes our picture of what was really happening in first-century Judea.

Nearly two thousand years ago the seeds of a new religion were sown in the eastern fringes of the Roman empire. An apostle named Paul wrote letters to his small congregations offering support, rebukes, and the outline of the gospel that would come to be known as Christianity. In the decades after came the Gospel of Mark, followed by more letters and more Gospels, controversies and debates, factions and infighting, until finally, Christianity became an empire.

But what if nearly everything you thought you knew about early Christianity was wrong? When read without preconceptions, the available contemporary sources tell a very different story, filled with ‘colorful’ characters, hardened revolutionaries, political maneuvering, and ideological conflict. In this groundbreaking study, Laura Knight-Jadczyk strips away centuries of assumptions and dogma to reexamine the fundamentals of what we can truly know of the early Christians, how we know it, and how that changes our picture of what was really happening in first-century Judea.

Why are there no historical references to Jesus and Christianity until decades after the events of the Gospels were supposed to have occurred? Why do the first non-Christian historians who mention Jesus seem dependent on the Gospels? Why does Paul make no unambiguous references to the Gospels’ Jesus of Nazareth? What was Paul talking about? Laura Knight-Jadczyk’s answers to these questions are revolutionary. After reading this book, you’ll never see the origins of Christianity the same way again.

“What will happen to you if you read this book? I’ll be glad to tell you. Your paradigm will begin to shift, perhaps only gradually at first. Your assumptions, even your axioms, will be challenged, and this time you will no longer be able to nervously default to the familiar. And all this will happen because you will be seeing the emergence of an exciting new stage of biblical criticism. Laura Knight-Jadczyk has here synthesized the work of a new generation of scholars who are not afraid to venture beyond convention and consensus. She has shown that the work of Wells, Doherty, Doughty, Carrier, Detering, Pervo, and myself are not merely isolated fireworks displays but rather gleams of a new, rising dawn. And in that light she presses on to her own striking advances. Won’t you join her?”––Robert M. Price, host of The Bible Geek podcast, author of Jesus Christ Superstition and The Amazing Colossal Apostle

“Quite a delight, well written, well researched.”––Russell Gmirkin, author of Plato and the Creation of the Hebrew Bible and Berossus and Genesis, Manetho and Exodus 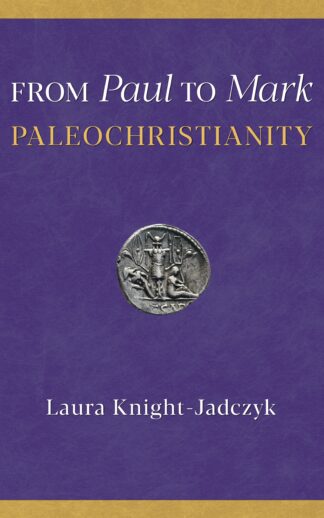 You're viewing: From Paul to Mark: PaleoChristianity $44.00
Add to cart