Included are original, on-the-spot reports and subsequent analyses showing the contradictions and distortions in the official accounts. After looking at all the evidence, it’s clear we have not been told the truth about these attacks.

From eyewitness reports of multiple shooters to intelligence-agency connections, the major attacks in recent years show all the hallmarks of manufactured terror.

NOTE: This title was previously available in print and Kindle formats on Amazon.com. It was removed for unspecified “content guideline” violations. 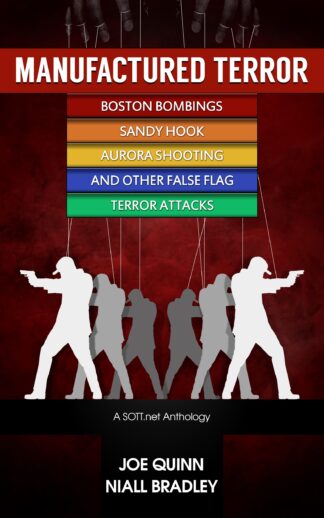 You're viewing: Manufactured Terror – BANNED from Amazon.com $30.00
Add to cart