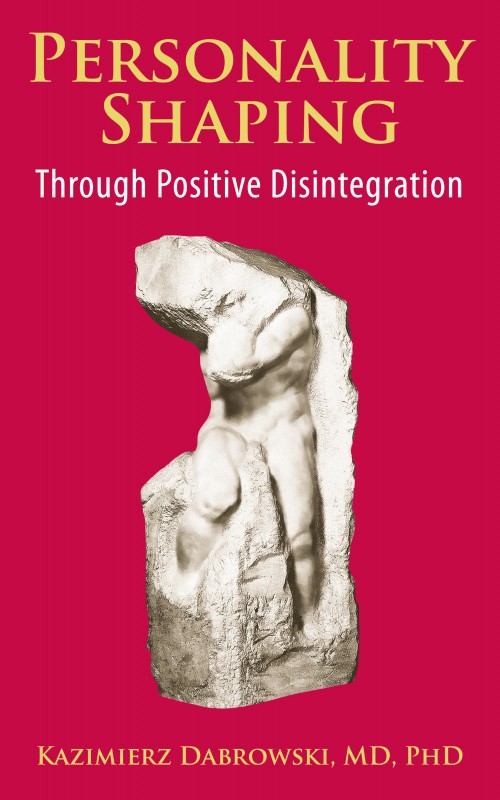 For psychologist and psychiatrist Kazimierz Dabrowski, personality is not a given – it must be consciously created and developed by the individual.

For psychologist and psychiatrist Kazimierz Dabrowski, personality is not a given – it must be consciously created and developed by the individual. In his second English-language book, Personality-Shaping Through Positive Disintegration, first published in 1967, Dr. Dabrowski presents a comprehensive treatment of personality that is still relevant, perhaps more so today than when it was first written. Here Dabrowski describes personality’s individual and universal characteristics, the methods involved in shaping it, and case studies of famous personalities (including Augustine and Michelangelo) demonstrating the empirical and normative nature of personality development.

Included in this edition are the original introduction, written by former APA president O. Hobart Mowrer, an appendix detailing a study on gifted children and outstanding abilities conducted by Dr. Dabrowski, as well as previously unpublished biographical pieces analyzing the personalities of Beethoven, Kierkegaard, and Unamuno.

Grounded in Dabrowski’s theory of positive disintegration, Personality-Shaping introduces the concepts at the heart of the theory and at the heart of human potential, creativity, social service, inner conflict, mental illness, and personal growth. Dabrowski’s all-embracing perspective is at once a fresh alternative to the one-dimensional theories and trends pervasive in the field of psychology, and a full statement in its own right of all those aspects of human nature too often marginalized, ignored, or denied — a revolutionary and heartfelt product of Dr. Dabrowski’s incisive observations and all-embracing vision.